If it's not related to The D-Gen or any of the other threads, post it on here!

It's been 15 years since the legendary Phil Hartman left this place called Earth, but after hard work and determination - his brother Paul Hartmann (no typo, Hartmann is with a double 'n') and close friend and 'Philophile' Angel Rosenthal have confirmed that there will be an animated film based on Phil's sketch comedy album "Flat TV".

The album was recorded in 1978 and had been lost for years, until sometime after his unfortunate death, the tapes were found in a shed and restored - the album "Flat TV" was released in 2002. It's still available via Amazon and iTunes. 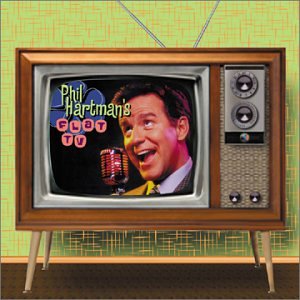 and for a refresher - here's Phil's audition tape from SNL 1985. You get a rough idea from his private detective character in the video which is similar to Flat TV.

Return to “Anything goes forum”